Congratulations on the recent approval of a much needed new set of Bylaws!!!  The issue driving the need for new bylaws emerged during Dave Tina’s presidency, was worked on in earnest during Heidi Kasama’s term, with resolution and closure coming during Keith Lynam’s tenure!  So at least three years of GLVAR leadership and committees have had to work extremely hard to bring this to closure – and they are deserve huge kudos from members for their diligence to this most important task.

Please keep in mind that GLVAR elections are coming up very quickly.  It’s critically important to take time to find out what each candidate stands for and what they have done previously to be running for their current position.  Then make the time to vote for the candidates of your choice because there are many more important issues facing GLVAR as we move forward.  Personally I applaud anyone who volunteers their time on the Board, committee, workgroup, or PAG.  Volunteers are the backbone of GLVAR, regardless of their position on any particular issue.

I’m not endorsing any particular candidates at this time, but I always look for future leaders that are dedicated to the members and do not bring a personal agenda with them into the GLVAR Boardroom!  Then I check to see if they are a PSF/RPAC Major Donor and contributing financially in support of the political goals of GLVAR and NVAR.  Having said that – we have an amazing slate of exceptionally qualified and dedicated individuals to choose from this year!  Good luck to all of you!

Once you have voted, begin looking for just one committee that you could enjoy serving on.  Your perspective and input on committees is more valuable than you think – especially if you are a working REALTOR – actually engaged in real estate transactions on a regular basis!

Over pricing has decreased somewhat, but there is still enough over pricing to generate multiple offers and back up offers on those listings that are properly priced.  In turn, many sellers with good back up offers lined up are no longer as willing to extend an escrow for the buyer who cannot close per the contract.  So here is a question.  Is is time that we replace our existing “C” status with something that suggests that the home is “Under Contract but accepting Backup offers”?  Quite a number of other MLS jurisdictions have eliminated the concept of Contingent status in favor of Under Contract/Backups.

July SFR closings were up 3.9% over June and nearly 21% higher than July 2014.  The median sales price of an SFR dipped to $218,000, while the average price dropped to $258,607 for a 0.5% loss over last month.  However, the drop in market value was somewhat disproportionate in that both REO and Short Sale closing increased noticeably while traditional closing dropped by 1%.

Finally, review the over pricing chart below.  Why?  One can see all the potential tell tale signs of a potential bubble.  But there is no bubble and ignore reports of bubbles!  Why? Because we can thank conservative appraisals and conservative loan underwriting standards for providing a check and balance against such a bubble!  There are no more NINJA loans!  Having said this – appraisals are coming in higher and stronger – a clear sign that distressed sales are having less and less influence on appraisals. 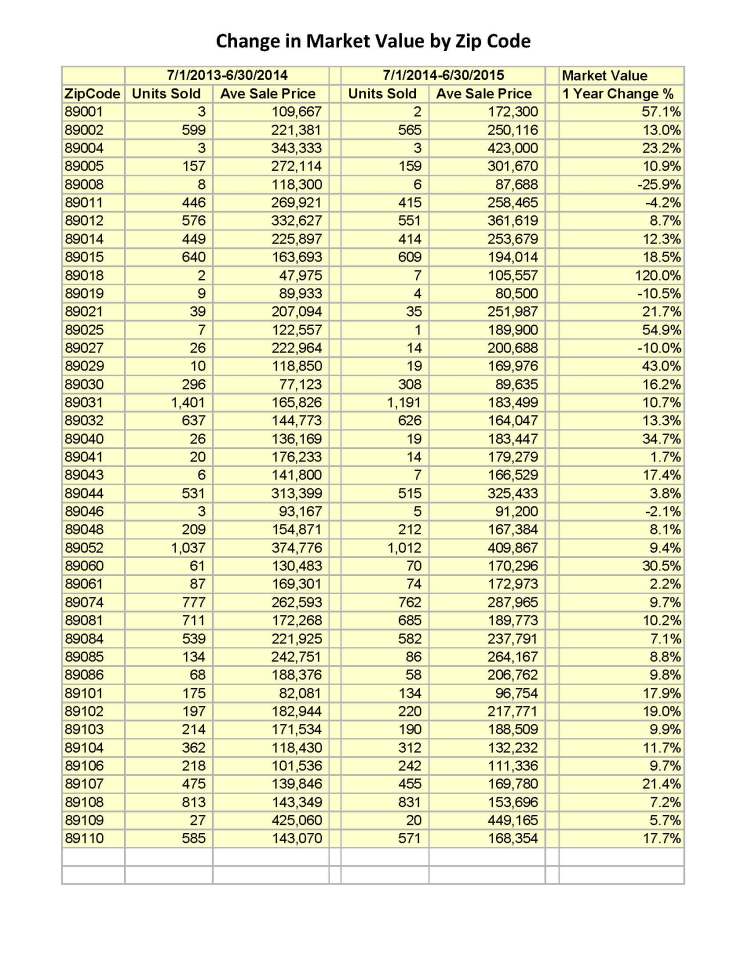 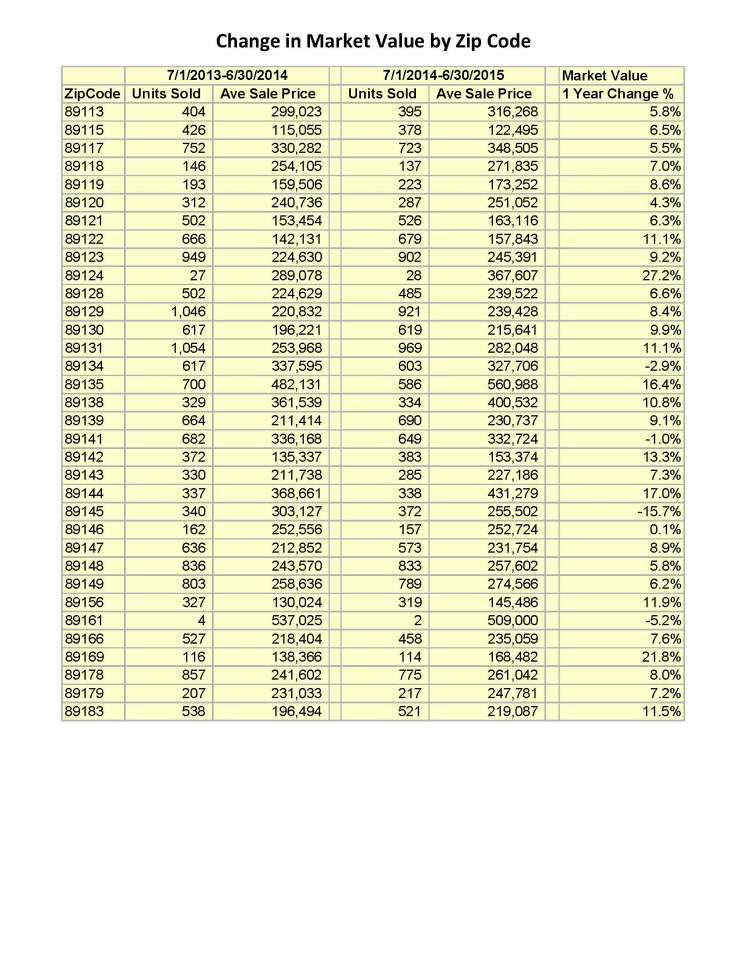